The King is dead. Long live the King.

At the Extend 2010 conference on Wednesday Dean Stoecker, then president of SRC, announced that SRC going forwards will just be called Alteryx. So no more SRC, no more www.ExtendTheReach.com, just Alteryx and www.Alteryx.com.  The full announcement can be read here, but from a personal viewpoint I think this is a great move by the company and I think the new branding looks amazing.  I'm excited about what I'm sure is going to be a great year for the company and product.

Extend 2010 before and after the re-branding: 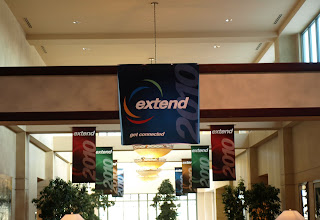 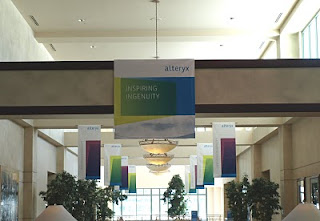 Look out for a more detailed report from the conference later in the week and some blog posts on a couple of new macros written collaboratively at the conference.
Posted by Adam Riley at 11:42