"If a user tries to total a string column they get a meaningful error message."

For this test we will use a new macro in the test framework the Expect Error macro: 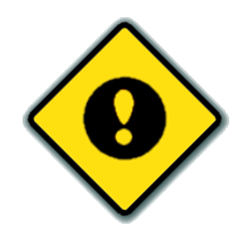 And we write a test which looks like this: 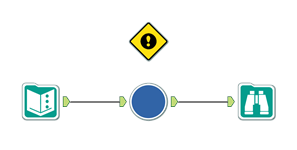 We can make one slight improvement to this test, in that we know exactly which tool we are expecting the error message to come from, so we should specify that in the test.  We do that by enclosing the Expect Error tool in a tool container with which ever tools we expect the error to come from: 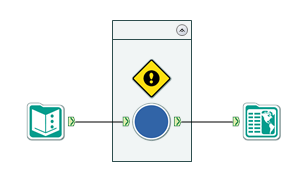 Giving us the following log from the test runner:

Having a failing test we can now add functionality to the macro to make it pass.  Which is a fairly straightforward process: 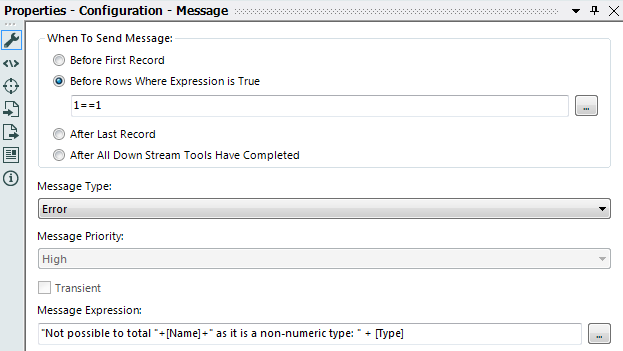 Run the Test Runner again and:

Success! We have written our first unit test which tests for an error.

So How Does It Work?

I said at the start that after we had used the new functionality we would take a look at how it worked.  This detail is not necessary to be able to successfully use the test framework, but might be interesting to see what's going on behind the scenes.

The contents of the Expect Error Macro are probably the most boring Alteryx macro you will ever see.  It looks like this:

That's right apart from the question it is empty!  All of the "magic" happens in the Test Runner macro.

This is looking a bit more complicated than last time we saw it and actually probably could do with being re-factored into a few sub macros: