"OK the first thing I have to admit before I start and anyone gets too excited: is my wizard doesn't actually play chess (I haven't got the time to write a chess engine at the moment ;-) )  What it does do is let two users play chess against each other. But with that caveat said, on with the post..."

I'm not quite sure how this particular wizard came into being. I had just read Bill Flanagan's post (here) on using the mapping tool to create a polar graph, which I thought was great; and wanted to have a go myself at creating something custom using the mapping tool.  Turned out I couldn't really think of any pressing business problems that I could put this application of the mapping tool to use on; so just for something to experiment with the concept, I thought I would render a chess board and pieces.  So one lunchtime using the Alteryx spatial tools and some custom chess piece icons I got from the net, I built a simple module which renders a chess board and pieces. 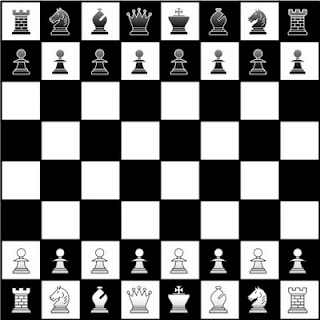 Once I'd got that far I started wondering how difficult would it be to make a wizard which allowed a user to move those pieces around the board?  Turns out it didn't need many more tools to allow a user to enter a start and end co-ordinate in a wizard front end and get the piece to move between those locations.  Which gives us a wizard which allows two people to play chess against each other!

What I haven't done is program Alteryx with the rules of the game: although I think it would be possible to program that logic within Alteryx, that one is going to have to wait until I have more time.  Then the next step of getting the wizard to actually make its own moves in response I think is going to be beyond the abilities of Alteryx (although you could always run an external engine via the command tool...)

But having said that the wizard as it stands is a fun demonstration of what can be done using the mapping tool. It is available for download here: